French bulldogs are a pure breed. They are considered to be toy dogs or companion dogs. They were first bred from European bulldogs as miniature bulldogs. Later on, the French were found fond of them.

They are friendly. The French were always into smaller dogs, so it became a regular import item. After a while, the original bulldog became so different from French ones so it became a whole different breed. 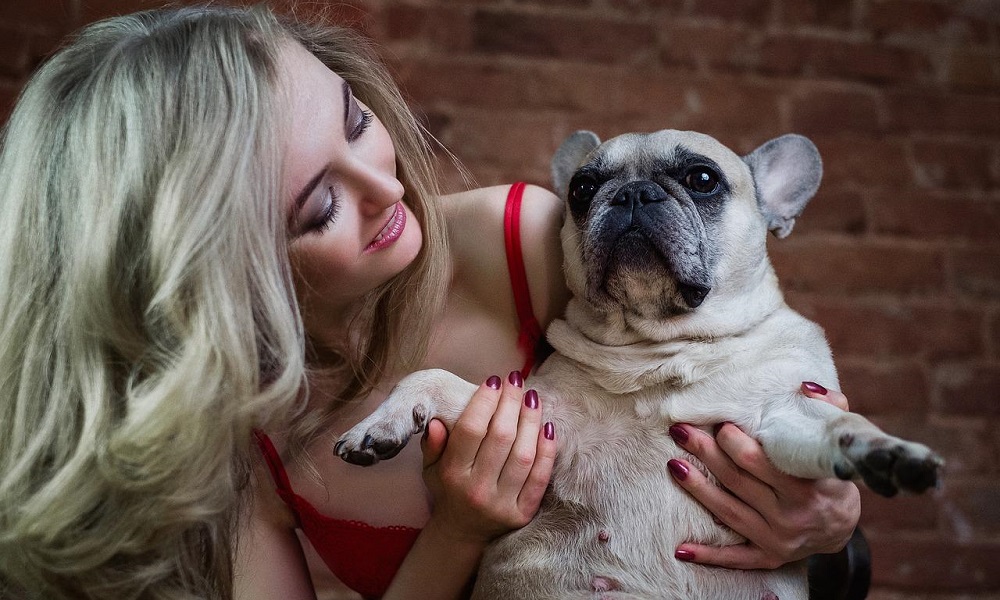 The Most Common and Rare French Bulldog Colors

Today, we are going to discuss the colors of French bulldogs. They will be compared based on availability and prices. So, let’s begin without any further ado. 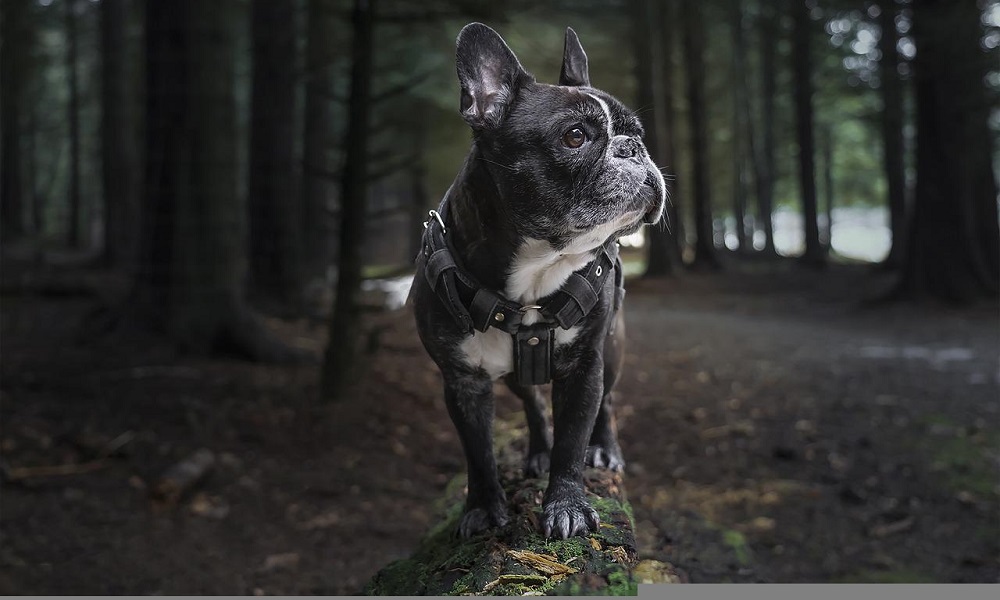 We are going to discuss some most common and different colors of French bulldog. As a dog lover, especially a French bulldog lover, you should know about the breed’s color, pattern, and prices.

Let’s get some details on the common French bulldog colors. We will discuss the exotic or rare ones later in the bog. 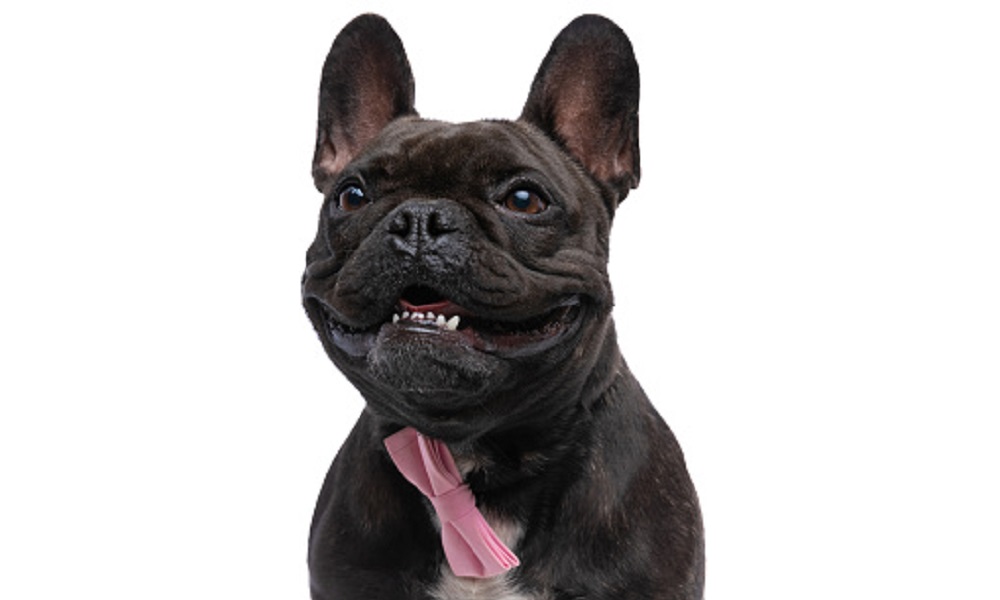 It is a fawn-colored base coat. The black hair is present in the form of bands. The coat it makes is like a tiger brindle. In this pattern, the fawn hair predominates.

In some cases, the dark (brindle) hair predominates. The lighter version of the brindle is also named reverse brindle. However, it is so rare as compared to the dark one. 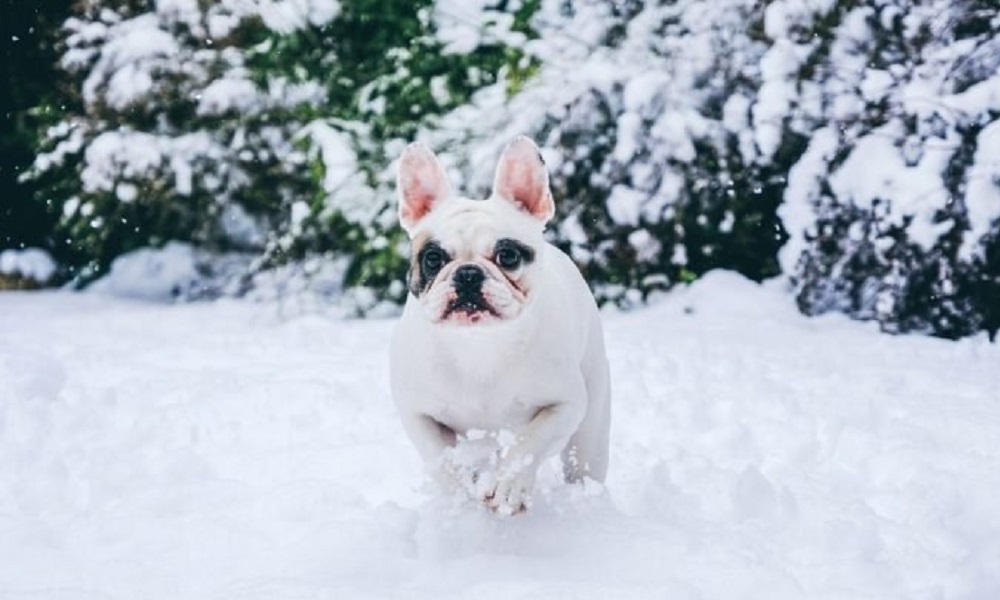 It is not a color. It is a simple and common pattern in French bulldogs. It is a dark spot on a light background. Most commonly a black spot on white.

The other colors include brindle pied and fawn pied. The piebald pattern could be considered a rare or exotic pattern too. But, we will discuss it further later. 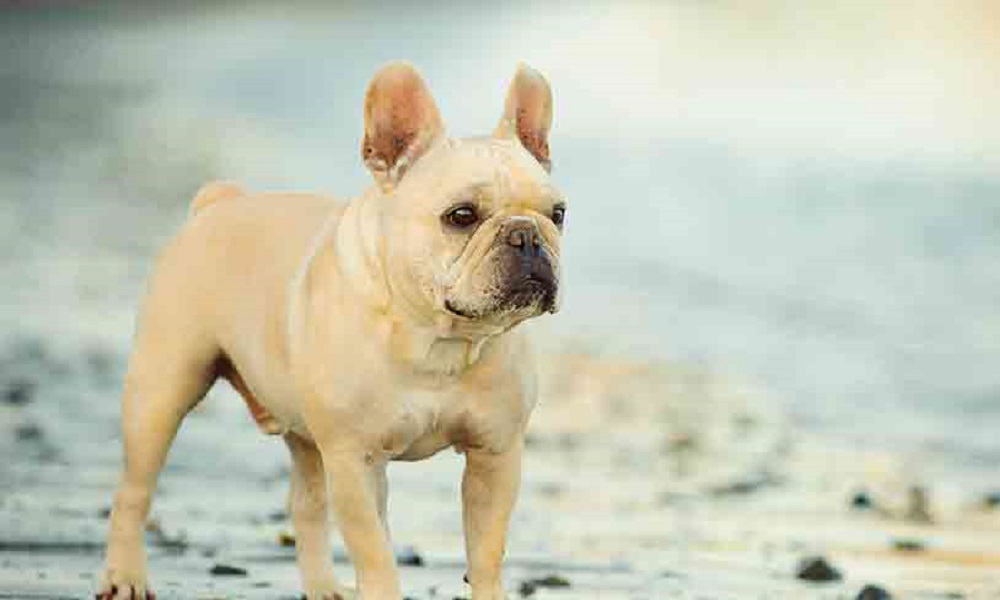 It is a solid cream color throughout. Generally, they have no spots on their skin. They have black paws, lips, and noses. The genes of a light fawn and cream French bulldog are totally different. 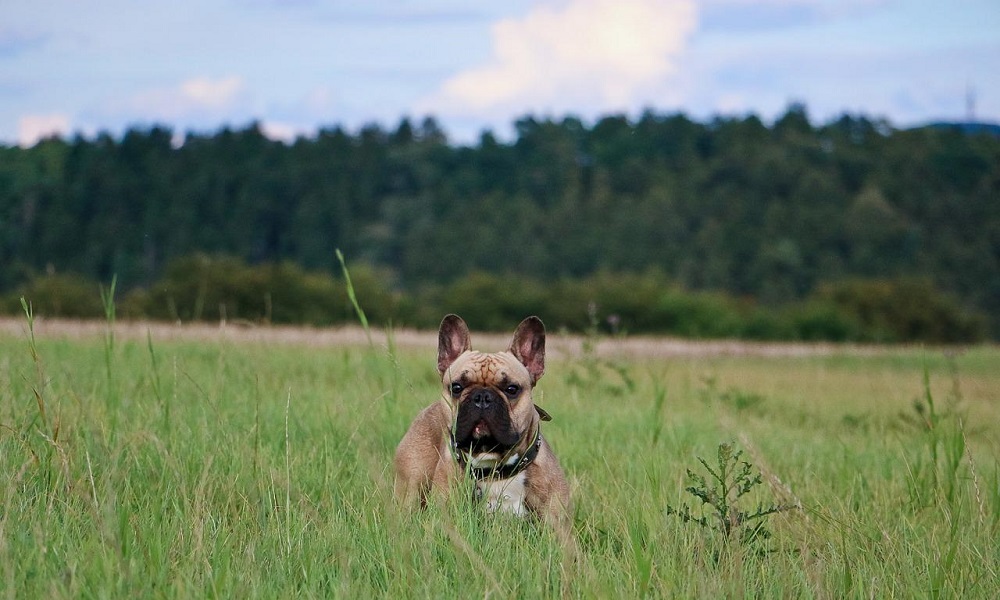 There are various shades of a fawn French bulldog. The shades include: 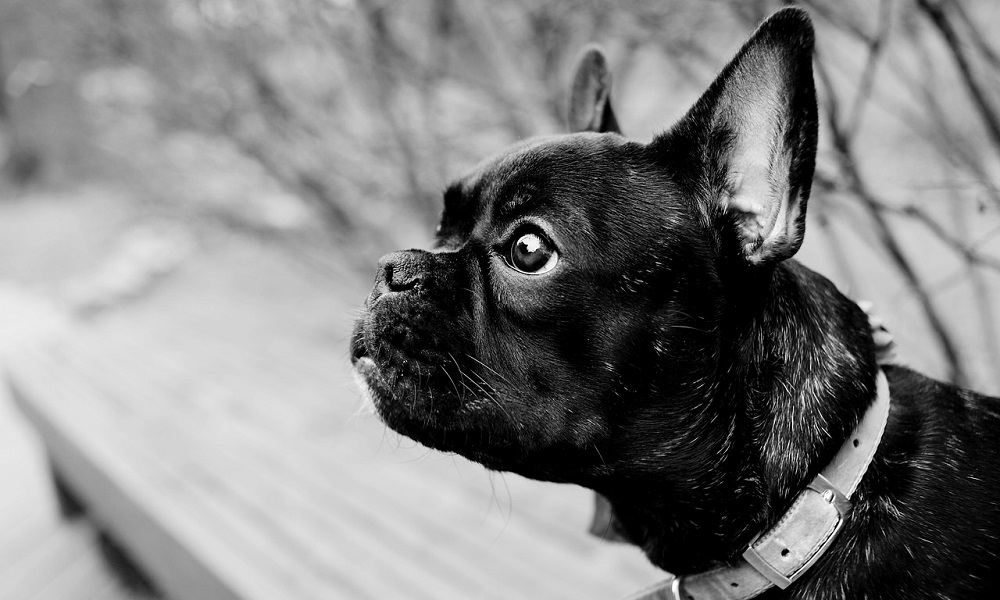 It is not in the accepted or approved colors, but it is so perfect and beautiful. The black and black pied French bulldogs are non-standard color ranges.

Even if the puppy appears to be a solid black it is not considered a pure black French bulldog until it has an a/a DNA. They range from $3000 to 5000.

These colors are rare and exotic. They are not approved by AKC. It means they will still be registered by the AKC. However, they can’t participate in any ring. Let’s get an insight into these colors. 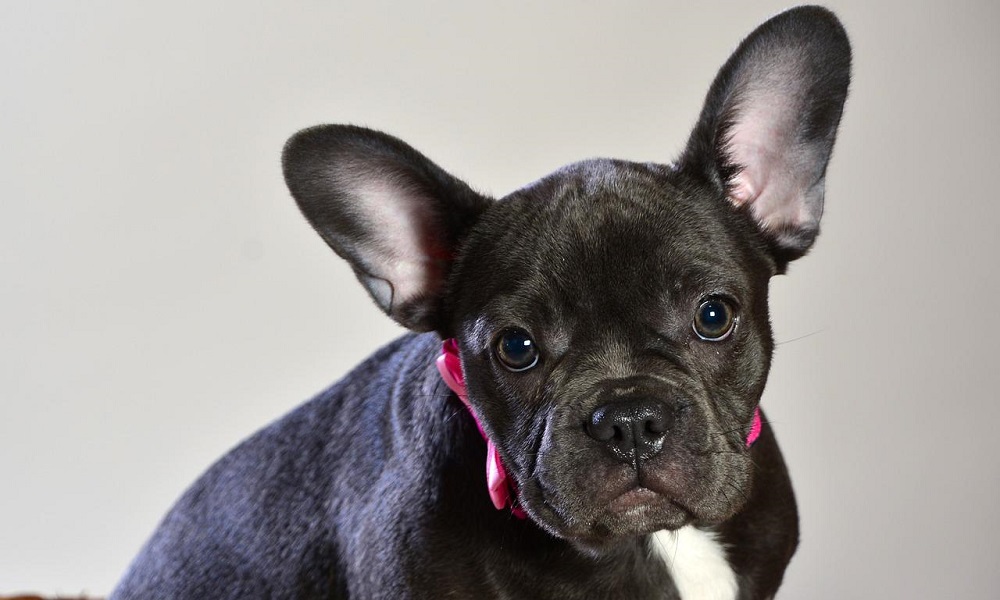 It is not genuinely blue, it is a greyish blue shade. The color pigment is a result of the dilution gene. If a dog has a dd gene. It will appear blue. The blue color ranges from a very light greyish shade to a very dark black color.

Even in pure black appearance, the nose will tell you that it is add gene. All the shades of blue French bulldog can have a pattern or patch of different colors. This is going to cost you around $4500-6000. It is not so common, so the price is justified. 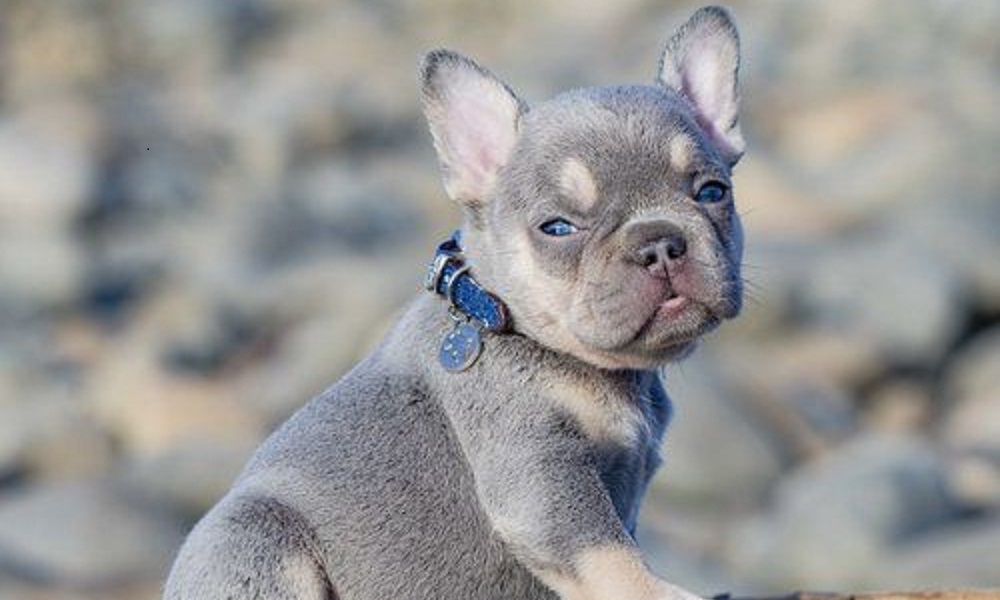 Lilac is a rare or uncommon color in a French bulldog. They are a mix of blue and chocolate parents. The bbdd gene type results in color formation. 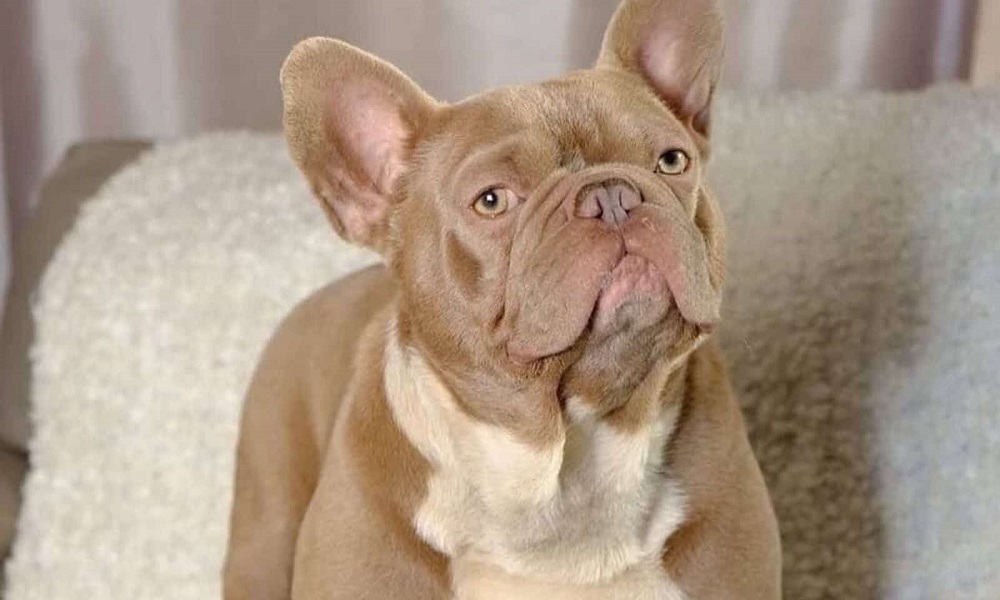 It is a pure dark brown or chocolate color. The bb genes are responsible for this chocolate color. They are ranged from very light brown to very dark brown. They have different eye colors including green, brown, golden, and yellow. The chocolate French bulldogs with orange eyes are so rare and the most expensive ones of all. 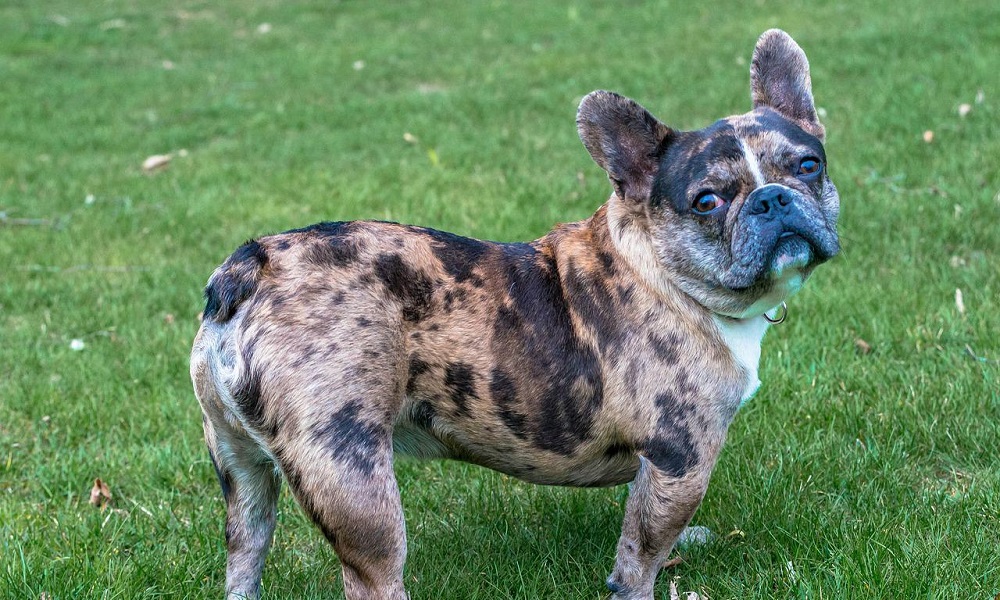 Merle like piebald is not a color, it is more of a pattern. It is a condition that creates patches of colors. The colored patch could be in a solid color or in a piebald coat.

The merle pattern is not a common one. The French community has controversial opinions about merle breeding. Two merles aren’t allowed to be bred together. There are health issues related to merles.

They usually have bright eyes. Merles are a rare and exotic colored breed. They lie in the high price range. 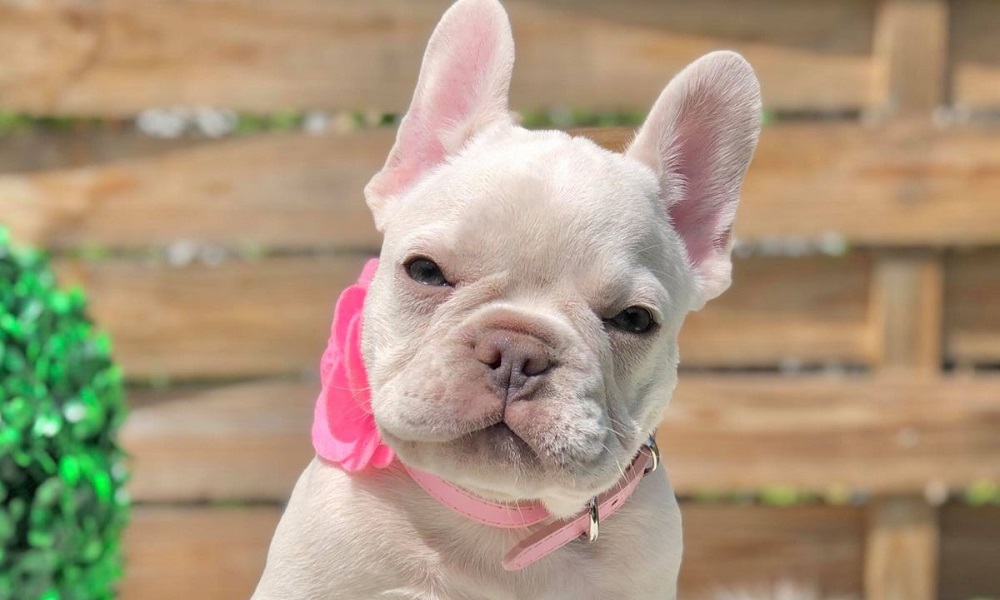 It is a rare color in French bulldogs. The exotic cream color is named platinum. The skin color is pure cream. The eyes, nose, and paws are dilute black colored. 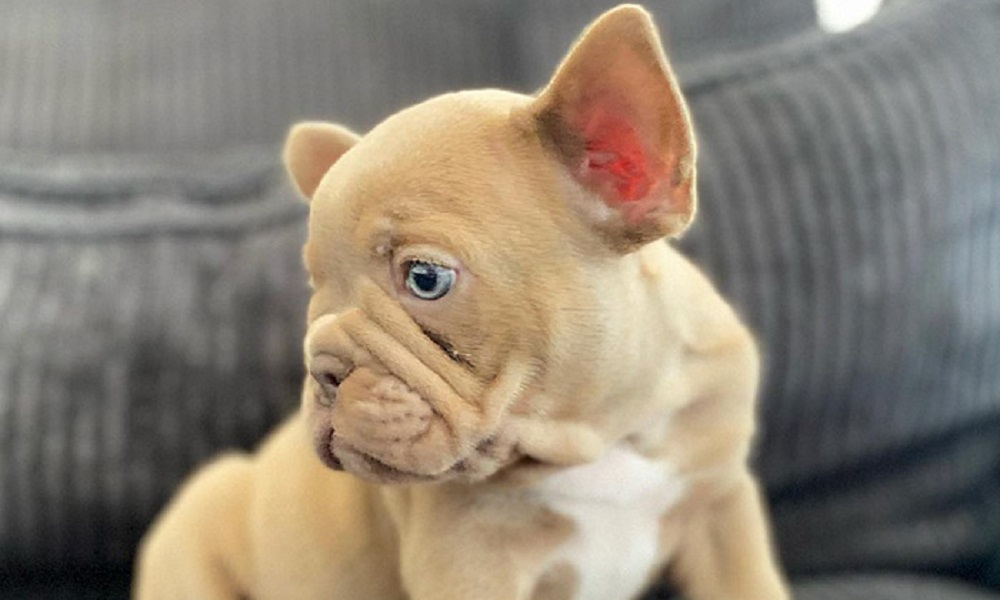 It is a new shade of the color lilac. It is a combination of chocolate and blue, but in this color the chocolate is more prominent. It is extremely rare color. The price range of this color lies between $15000 to $40000. 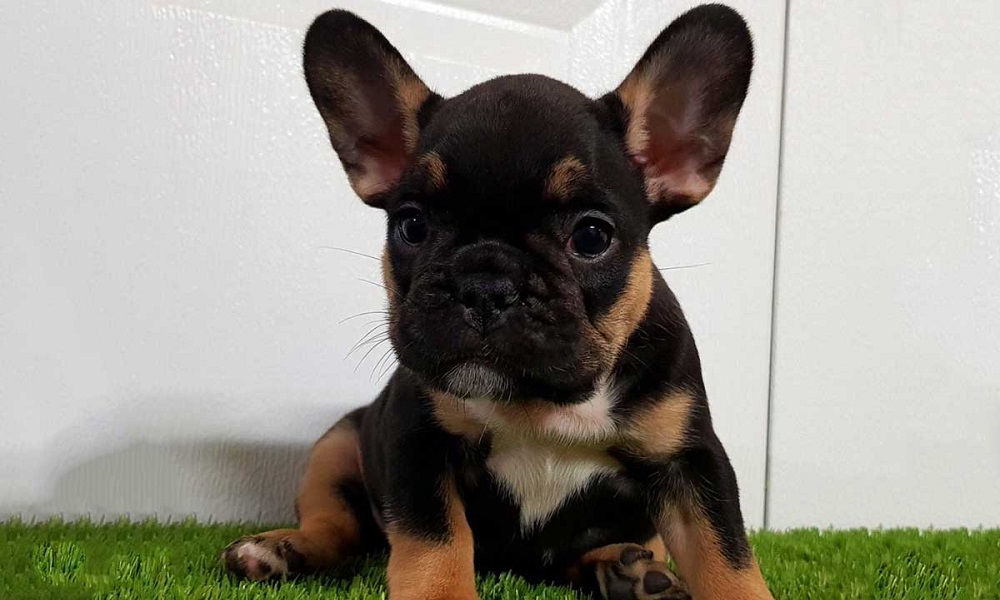 It is a pure black colored breed but with the patches of tan. It is a rare color with various patches mostly around eyebrows and tail. 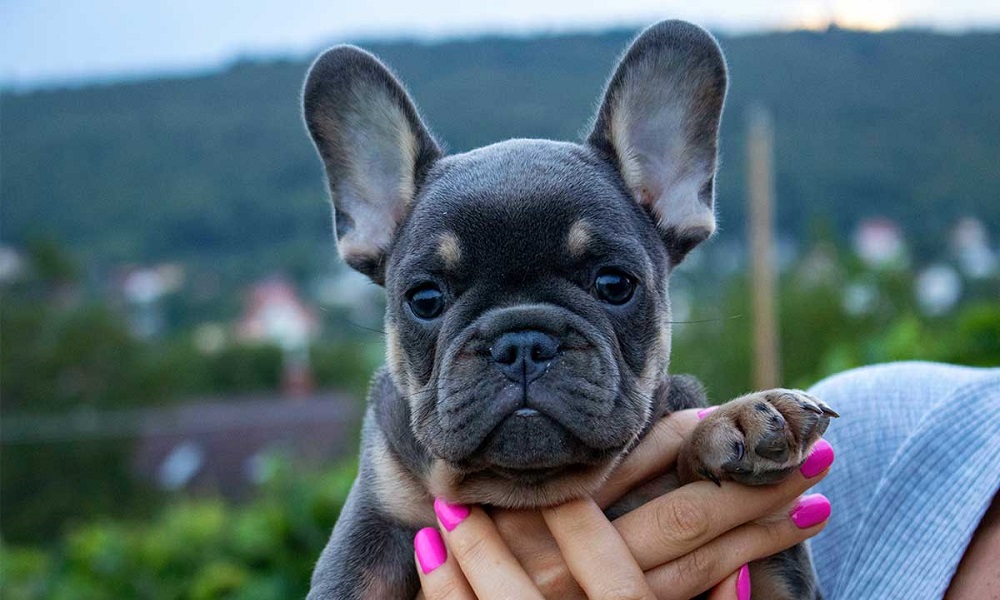 This is as same as black & tan, however the solid color is bluish-grey. It is also a rare color in French bulldogs. 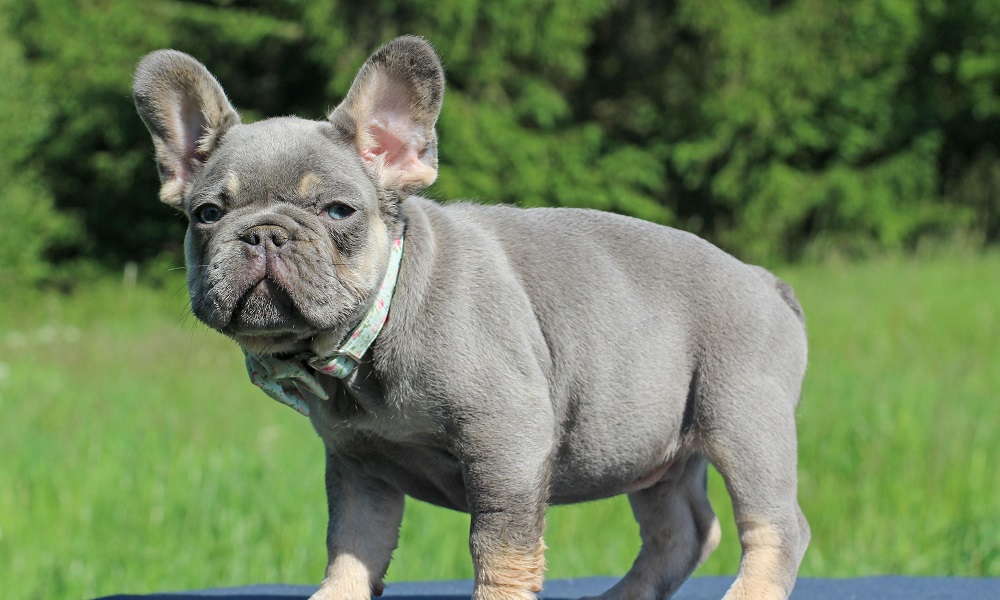 It is the rarest of the colors found in French bulldogs. It is the pure lilac color we call Isabella, but with tan patches. There are only a handful of these. Most of them are registered to breeders. 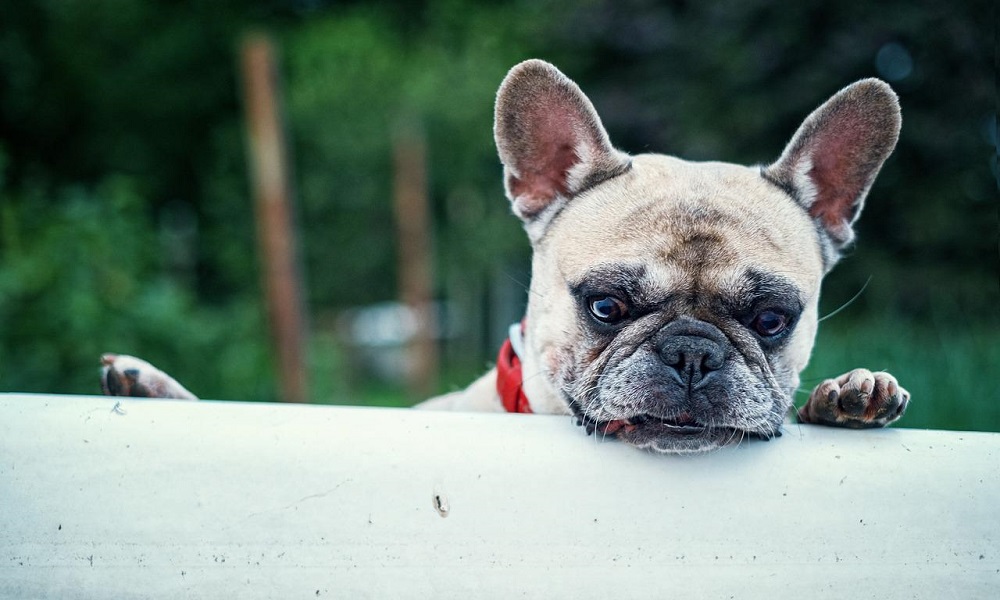 Well, it is not a color, nor it is a pattern. It is a fur-related difference. However, it should be included on the list because of the recent interest of people in furry ones.

They have long hair and their body temperature rises really quick. It is not recommended for people in hot areas. The price range is the highest among all and ranges up to $50000.

French bulldogs are one of the most popular breeds in the world. Their prices may vary depending on the compact size, adorable faces, and loving personalities. Here is attached a price list associated with different color coats.

French bulldogs are cute pet dogs. They come in many different colors, patterns, and also furry skin coats. You can always find out more about them on the web.

We gathered some information about the price range and common and rare colors for you. It is always hard to get all the information in one place, but we tried.

We hope with our help you will get a new companion for yourself either in common brindle or fawn color, or uncommon chocolate or blue color. It all comes down to what you love. You can also purchase a furry bear-like companion. However, it heats up quickly due to all the fur. Avoid buying it if you live in a hot area.

You can also buy French bulldogs for breeding. There are rules and regulations but it is approved and allowed. Enjoy your time with the little companion! 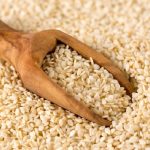 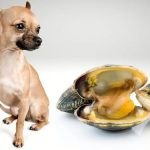 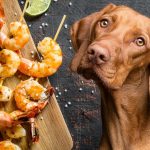 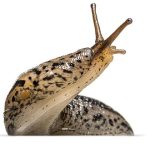 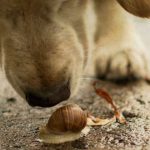