Young and old dogs both have a spot for cartoons. These are nostalgic for many people who remember their childhood. Now, there are so many modern-day cartoons and children can enjoy any time through YouTube, CD, DVD or another way.

When family members decide to bring a new dog into their home, they desire to return their nostalgic times by giving the dog a cartoon name. Additionally, cartoon dogs are a sweet source for naming your dog. Here is a list of Cartoon Dog Names to help you for naming new dogs. 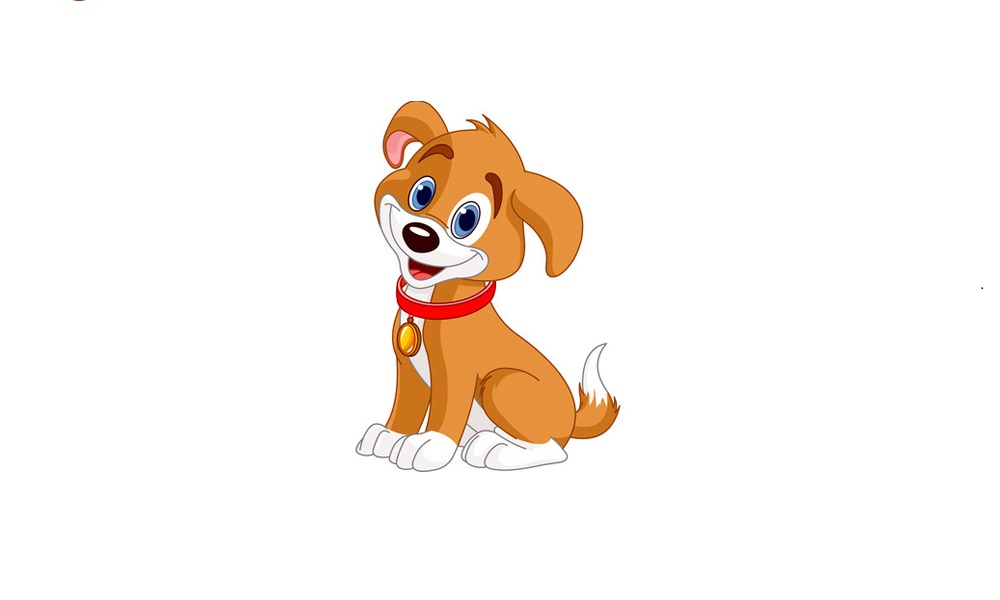 There are so many cartoon dogs, comics and games rich the history from 1929-2019 and pet proprietors love to naming their dogs with Famous cartoon characters. We have mentioned here in detail about many cartoon dogs those are well renowned for their character and you can take a look to find the favorite one.

Astro is a canine character on the Hanna-Barbera cartoon designed by Iwao Takamoto and voiced by Don Messick. Astro is the family pet of the Jetsons and very loyal to all particularly George and Elroy. It is a more advanced pet character than present-day dogs. So, for naming your loving dog, Astro is a classic and fun choice. 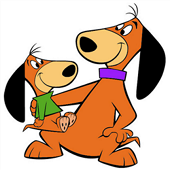 Augie Doggie is a Hanna-Barbera cartoon character appeared in the Quick Draw McGraw show. Augie is highly spirited and ambitious desire to make his father proud. Commonly, Augie wear a green shirt and Doggie is typically seen wearing only a purple collar on his neck. All segments highlighted the misadventures of a father-and-son team. 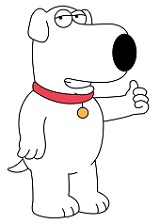 Brian Griffin the talking dog from Family Guy, a fictional character and most popular cartoon dog in recent years. An anthropomorphic white dog can standing up, walk on his leg, and considered as a member of the Grifin family. Famous series creator Seth MacFarlane has provided his voice to Brian, who also provides his voice of many other characters including Glenn Quagmire, Peter Griffin and so on. 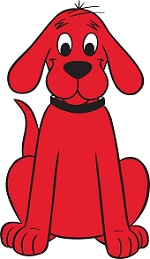 The big red dog is a popular educational animated television series for children. In this cartoon series a loyal, loveable, and friendly dog gets in trouble for his large size. His best friend is Emily Elizbeth also his owner who always support and save him. So, if you have a large dog, you can consider this name to show your love. 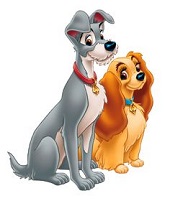 An American comedy based animated drama film The Fox and the Hound produced by Walt Disney Productions. Here the hound is Copper, a young hunting dog who becomes friend of a red fox named Tod. They struggle to preserve their friendship from social pressure and other adversaries. It is the most expensive animated cartoon film build by $12 million, released on July 10, 1981. The name is best suited for a dog which has extreme hunting experience. 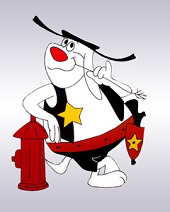 Deputy Dawg is an American animated television series first telecasted from September 8, 1962. The dog is a deputy sheriff in the state of Florida and with the episodes increased the place changed to Mississippi and at last to Tennessee. The total length of each episode was about half-hour which was produced by CBS with professional animation debut of Ralph Bakshi. The famous voice actor Dayton Allen voiced to Deputy Dawg who voiced many Terrytoons characters in television. 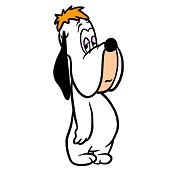 The animated character comes from the Golden Age of American Animation. He has a drooping face, talks with a monotone voice and moves slowly. He is able to beat enemies many times his size with a funny thrashing. Droopy series created by Tex Avery and ran first time in 1943. After running seventeen years in 1958 this famous series ended but the character has been revived several times for new productions. 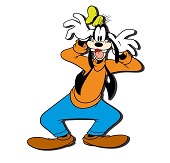 Goofy is one of the most famous funny-dog cartoon character created in 1932 at Walt Disney Productions. He is tall, anthropomorphic, wears a turtle neck, pants, shoes, white gloves and acts like a human. Sometimes Goofy is shown as clever dog, intuitive in his own unique way. He is the close friend of Disney’s most recognizable characters like Mickey Mouse, Donald Duck, Gang, and Minnie and others. 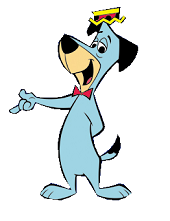 Huckleberry Hound is a fictional dog cartoon character, speaks with a Southern drawl. He is sweet, kind, relaxed and well-intentioned personality always comes out on top. It is the first animated series win Emmy Award in1960. The first episode started on September 30, 1958 and end at December 1, 1961. 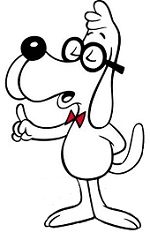 It is an animated dog cartoon series first started on television in the early 1960, produced by Jay Ward. The cartoon is based on “Peabody’s Improbable History” and voiced by Bill Scott.

Mr. Peabody, who is the smartest being, has accomplished many things in his life as Noble Laureate, Gourmand, Business magnate, inventor, scientist and two-time Olympic medalist. He becomes sad and adopts a human companion as his pet. 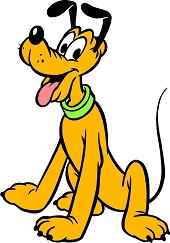 Pluto, also renowned Pluto the Pup, actually acts like a dog. This dog cartoon is a Walt Disney Production created in 1930. Here Pluto is a yellow-orange color, medium-sized, short-haired dog with black ears. He is Mickey’s pup and acts as a genuine Disney character since the beginning of this series. Pluto appeared in animated cartoons and works in Mickey Mouse films before receiving this series. 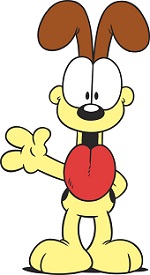 Odie is a fictional dog character appears in the comic strip Garfield by Jim Davis. He is a brown-eyed, yellow-furred dog, has a large tongue and slobbers in his appearances. This character also appeared in the animated television series Garfield & Friends, The Garfield Show, and two live computer-animated feature films. Odie is one of our favorite cartoon dog names. 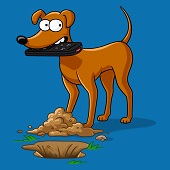 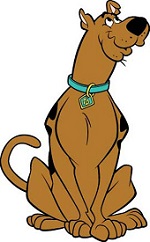 An American animated television series originally broadcasted on CBS from 1969 to 1975. Later on, some versions of Scooby-Doo feature different variations through supernatural theme and include other characters like Scooby’s cousin Scooby-Dum and nephew Scrappy-Doo.

Snoopy is an innocent, loyal, imaginative and good-natured dog. It is a most recognizable and iconic character in the comic strip. The actual drawings of this character were inspired by Spike. Sometimes, snoopy can be selfish, gourmand, and lazy but on the whole he is a symbol of love, care and loyalty for his owner. 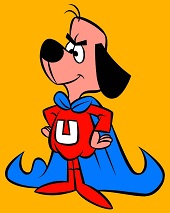 The American animated television series ran on October 3, 1964 and continued in syndication until 1973. Underdog acts as a truth super hero and has used the voice of George S. Irving and famous comedy actor Wally Cox provided the voice of both Underdog and Shoeshine Boy. Underdog also telecasted on Australia on February 18, 1966.

17. One Hundred and One Dalmatians

It is an American animated adventure film produced by Walt Disney Productions in 1961 based on 1956 novel The Hundred and One Dalmatians by Dodie Smith. The film shows the story of a litter of Dalmatian puppies who are kidnapped by the Cruella de Vil. It was a box office success and its commercial success was due to the employment of inexpensive animation techniques. 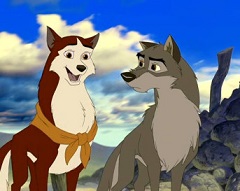 An American animated television series produced by Northern Lights Entertainment, Universal Cartoon Studios and broadcasted for 1 year (1995) on CBS. It is designed based on the true story of a sled dog. The real Balto is honored with a statue. The animated version of Beethoven features a St. Bernard named Beethoven who speaks and finds his way into mishaps. 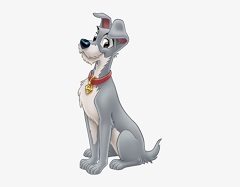 An American animated musical romance film produced by Walt Disney released to theaters on 22nd June 1955. Here, Lady is a well-healed purebred Cocker Spaniel, lives with a refined, upper-middle-class family and Tramp is her mixed breed fan, always on the move from dog catchers or in search of his next meal. It was the first animated feature filmed in the CinemaScope widescreen. 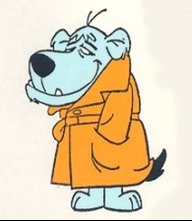 The Cartoon Show where Mumbly a crime-fighting doggy detective often confused with Muttley. They looked same and similar to laugh but their ears were different and Mumbly had blue fur and wore a trench coat. Here Mumbly is a very apt detective and crime-solving character while his boss tries to take credit for Mumbly’s activity.

Get more Swedish dog names for your dogs.

PAW Patrol is a Canadian animated television series created by Keith Chapman. This TV series primarily broadcast on TVOntario in Canada in August 1013. It is designed based on a boy named Ryder who leads a pack of search and rescue dogs known as the PAW Patrol. Here we have listed a few names of PAW Patrol based on a different characters, locations, used a weapon and more so that you can select the best one for your dog.

Get more Pug Names for your dogs. 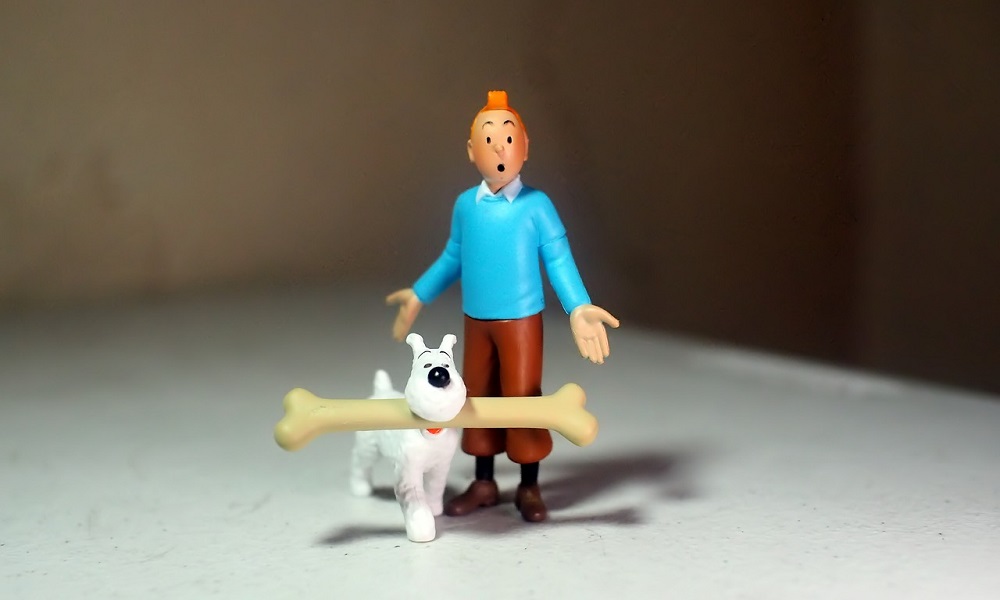 It is hard to choose the suitable cartoon male dog name whether it’s a boyish, handsome and nice looking pooch. In this case, some famous cartoon characters could be the great option for you. So, we have narrowed down a few dog characters from famous American cartoon series to naming your dog.

Bandit: The French Bulldog companion on The Adventures of Jonny Quest.

Dino: The family dog who barks and generally acts like a real dog.

Simba: The Lion King a cartoon character first released in 1989. Here a young lion cub exiled from his homeland.

Abu: The monkey sidekick of Aladdin

Brian: A white Labrador which is intelligent, opera-loving and can speak in English.

Thumper: The best friend of Bambi

Astro: The Great Dane of Jetson

Casper: An amicable phantom for a white dog

Marvin: The Martian and Pug-like in feature

Beast: The princes from Beast

Dodger: An incomplete stray from Oliver and Company

Little foot: A giant Dinosaur from the Land Before Time

Buzz: “To infinity and beyond” with humming

Nemo: A daring little clown fish which gets lost

Mogli: A brave boy lives in the jungle

Spike: A polite but giant dog from the Land Before Time

Get more Shih Tzu Names for your dogs. 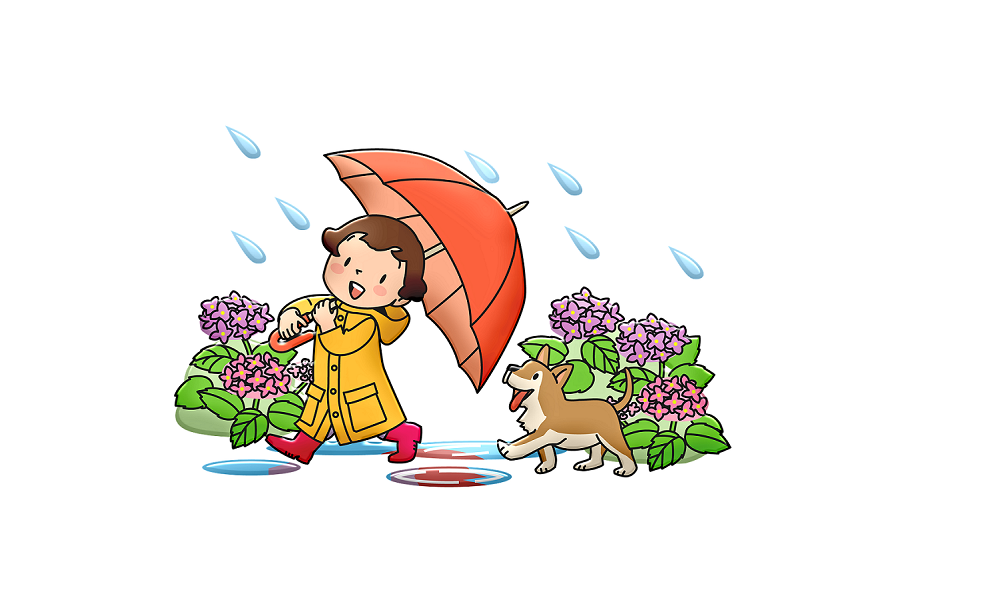 In the USA, a canine can be male or female in sex and you can identify the pooch by the name. So, it is important to provide name your furry friend by a cute Chihuahua name. In this case, some female cartoon dog names can assist you to take the right decision. Here we have listed some female dog names according to all famous cartoon character with proper meaning for you.

Get more Bulldog names for your cartoons dogs.

Naming your dog by a cartoon character comes with some consideration like breed, size, and color for your dog. Say for example, the name Astro, Scooby, or Marmaduke may best suit for a “Great Dane” because all these three names are famous cartoon Great Danes. On the other hand, Greyhounds are well-known for speed and fleet abilities.

If you adopt a smaller white dog like the American Eskimo then it is perfect to name him by Snow White. Often children like to choose names by their favorite cartoon characters. In that case, famous Disney princesses like Anna, Moana, Elsa, or Belle are very popular characters.

Sometimes, boys choose Ninjago for their new dog’s name. So, it is good practice to allowing your children for making a meaningful bond through the naming and caring with your family’s new dog.

Get more Pitbull Names for your dogs.

By doing deep research we made this list where we have collected a variety of cartoon names for your dog. We have listed classic and contemporary cartoon dogs in our archives.

So, start browsing our selected cartoon dog names section wise and choose the most suitable American Name regarding your dog’s nature, size, behavior or age. The detailed meaning with each name will also help you to make the right choice. Click on it and have fun when choosing your dog’s name. 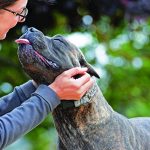 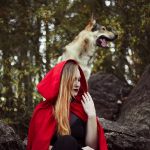 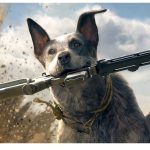 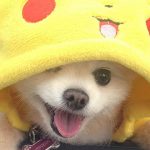 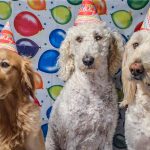 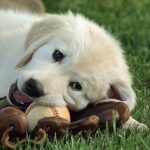 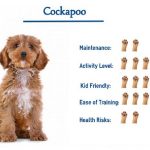 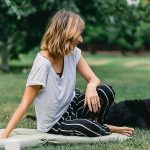 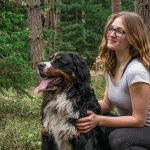 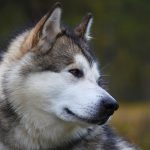